A good meal is one of life’s pleasures, and it’s one Cheryl Gauld will never take for granted. That’s because for more than four decades, the New Westminster resident could hardly eat anything. From her early twenties to her mid-sixties, she struggled to keep down whatever food she managed to swallow. And often, swallowing was itself a challenge. It wasn’t until she met a Royal Columbian Hospital gastroenterologist that she rediscovered the ability to enjoy one of life’s basic needs.

Cheryl says it started at age 22, when she underwent surgery to fix a reflux problem. After a stay in hospital of just under two weeks, Cheryl found she had significant problems eating anything other than soft, bland foods.

“It would get lodged in my esophagus tube, and the food would sit there,” Cheryl recalls. “I would have to lay on the floor on all fours and have my back banged before the food would either come up, I would throw up, or the food would go down.”

For Cheryl, eating became a nightmare. “If I was to eat a meal, I would have to eat it very, very slowly. It would probably take me an hour and a half to eat something that would take someone else five minutes.”

The problem took a frustrating toll on her social life, as she began to avoid eating in public.

“I would usually say I’m not hungry,” she explains. “If I tried to eat, and I got sick and ended up in the washroom, then for most of the evening, people would look at me. I got tired of explaining and never said anything. I would never eat.”

As the years and decades passed by, Cheryl learned to live with her condition. As she came to terms with her limitations, Cheryl never imagined a solution would arrive during an unrelated medical visit 42 years after first losing the ability to eat normally.

After describing her symptoms to a doctor, she was referred to Royal Columbian Hospital gastroenterologist Dr. Ken Atkinson.

“I was suspicious that the problem was where they wrapped the muscle around the upper esophagus to correct the reflux problem,” says Dr. Atkinson. “That muscle wasn’t relaxing properly when she swallowed. That’s called achalasia.”

Dr. Atkinson wondered whether the answer might involve Botox. Most commonly known for its application cosmetically to reduce wrinkles, Botox has a number of other medical uses.

“We use it for other causes of achalasia, so it seemed like it would be an appropriate treatment to try for her,” says Dr. Atkinson. “It will paralyze that part of the muscle for three months. It allows it to relax, so it’s not under tension all the time.”

The procedure, done under conscious sedation, takes about 10 minutes and involves an injection of Botox. For Cheryl, it was a miracle.

“I could eat. I could actually eat,” says Cheryl with amazement. “I went out a week later, and I had pizza. And I ate it, and I ate everything, and I couldn’t believe it. I started being able to eat chicken, bananas, bread, everything.” 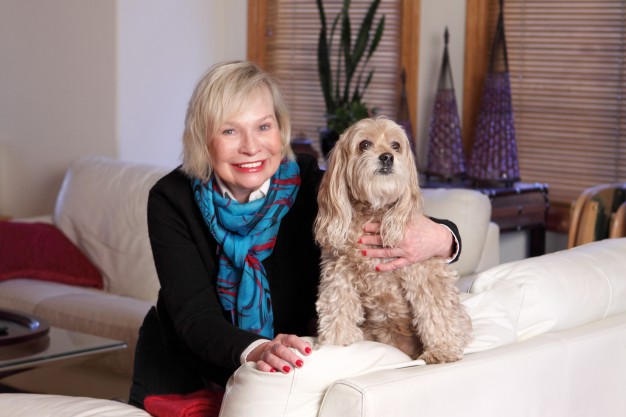 She’s very grateful to have been referred to Royal Columbian Hospital and Dr. Atkinson. “It feels like karma that Royal Columbian Hospital Foundation was included in many of my volunteer fundraising efforts, including the Mayor’s Annual Lawn Bowls Tournament of many years as well as being a founding member of the Group of Five and being part of other fundraisers in support of the hospital.”

Her Botox treatment is not a permanent fix though. The Botox wears off, and Cheryl goes to the hospital for a new injection every three months. But in her mind, that’s a small price to pay.

“I have never felt better than I feel right now,” says Cheryl. “My energy level is good. I feel really healthy.”