Hank Erickson was already very familiar with Royal Columbian Hospital in the fall of 2014, when he was rushed there by ambulance for what turned out to be a small vessel stroke. For two decades previously, he had walked its corridors daily, visiting staff and patients as the hospital’s chaplain. It was during that time he first encountered a patient who would eventually be considered one of the country’s greatest heroes of the 20th century: Terry Fox.

“I had been a pastor in parishes in the States for a few years,” recounts Hank, who was born at Royal Columbian in 1930. “I was interviewed after Royal Columbian advertised for a clinical chaplain.”

Hank joined the staff at the hospital in the 1970s and enjoyed his interactions with those he met. “I would visit with people and find out how they were doing,” says Hank from his home in Coquitlam. “People knew that everything was confidential. It doesn’t go to anybody.”

He had been with Royal Columbian for a few years when he first encountered Terry Fox. Hank was part of a three-person team assigned by the hospital to manage the attention created when Terry was admitted to Royal Columbian. The young man was well known by then, having captured the attention of Canadians after launching his Marathon of Hope by dipping his artificial leg into the Atlantic Ocean on April 12, 1980.

On September 1st of that year, Terry was forced to end his attempt to cross the country when cancer spread to his lungs. As Terry battled the disease, Hank made regular bedside visits.

“For his age, he was very mature,” recalls Hank. “That’s a quality I noticed about him. He really impressed me.”

Hank was responsible for managing Terry’s visitors. There were lots of people hoping to see him. And lots of media attention, which Hank’s wife Carol remembers.

“(Hank’s) involvement included trying to sort out what he can say to the press and what he can’t,” says Carol. “It was kind of a hard thing to do in many ways, because they were calling and coming to our house at all hours.”

As Terry’s health deteriorated in June, 1981, Hank says the 22-year old asked him to deliver the homily at his funeral. Then on June 28, Terry passed away. His family was with him, and Hank says he was there too.

Carol says her husband has never really discussed that moment with her, let alone others. “He kept the whole thing so it was just between him and the Fox family,” she says.

The funeral was broadcast across the country. Hank had conducted hundreds of funerals before, but nothing as far-reaching as this. As he spoke during the service, Hank made note of Terry’s ability to bring people together. It’s a legacy that carries on today, decades later. 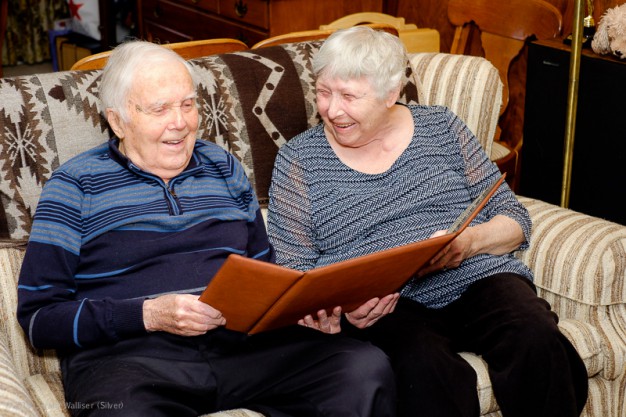 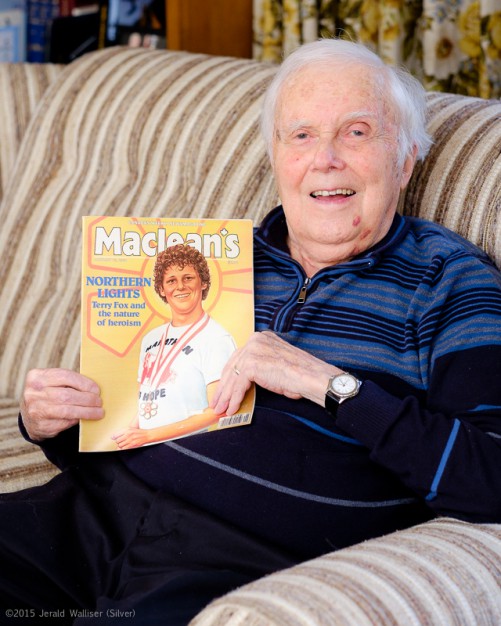 Left: Hank and his wife Carol look at mementos from Hank’s time with Terry Fox. Right: Hank with a magazine cover from 1981.

Reminiscing on his own 85th birthday, Hank speaks fondly of his days at Royal Columbian. He also thinks highly of the care he’s received as a patient.

He was admitted to the hospital in the fall of 2014. Carol phoned 911 after noticing some tell-tale symptoms. “The right side of his face was drooping, and he started slurring quite a bit,” remembers Carol. “It was very difficult to understand him at that time.”

Hank spent just over two weeks in Royal Columbian to recover from his small vessel stroke. Dr. Selig Wilansky was the hospitalist who oversaw the day-to-day care during Hank’s stay.

“You’re part of a stroke cohort, where you get medical care, physiotherapy, and occupational therapy to help resolve the symptoms that brought you in,” says Dr. Wilansky about the kind of care to expect while being treated in hospital for a stroke. “Your daily care on the stroke unit is from the hospitalist with input as needed from one of our neurologists.”

“He had such good treatment with everything,” says Carol. “With physio and that, he really progressed a lot. With the speech, he sees a speech therapist.”

Back at home and playing host to a visitor on this particular day, Hank and Carol have brought out a few mementos from Hank’s time with Terry Fox. These include a Maclean’s magazine with Terry on the cover and some commemorative stamps issued months after Terry’s death.

“He was a fine Christian young man,” says Hank. “His attitude was pretty wholesome. Anybody would have liked to have had him as his son.”