When the Royal Columbian Hospital School of Nursing opened its nurses’ residence in Sherbrooke Centre in 1963, guests would present themselves to the ‘house mother’ who used an intercom to alert young nursing students.

“The house mother was also tasked with keeping the boys out,” laughs Eileen Brown, who spent her entire nursing career at Royal Columbian Hospital before retiring a couple of years ago.

Eileen and her close friend Carol Schmidt were both born at Royal Columbian, attended nursing school in Sherbrooke Centre and later worked at the hospital in various departments including trauma, orthopaedics, ambulatory care and the post-anesthesia care unit (PACU).

History is now winding down for the Sherbrooke Centre, which was demolished in early 2021 as part of the hospital’s $1.49 billion redevelopment. Construction fencing went up around the building this past fall. 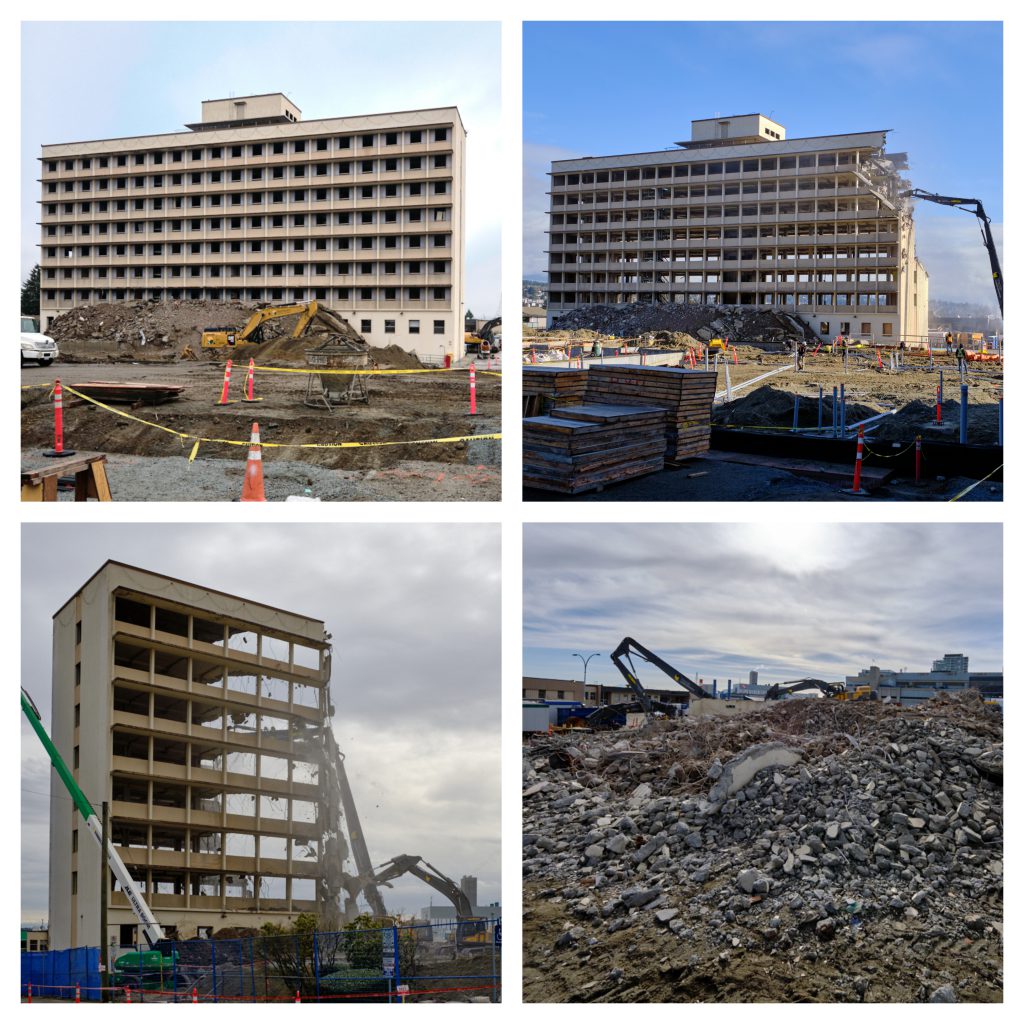 The Sherbrooke Centre, from mid-January to early March 2021 as it was deconstructed.

It had a couple of iterations during its lifetime. After its final nursing class in 1978, the Sherbrooke Centre reopened officially on February 27, 1981 as home to the hospital’s Department of Psychiatry. It remained so until the summer of 2020, when the program moved into the new Mental Health and Substance Use Wellness Centre as part of phase 1 of the hospital’s redevelopment.

Phase two of redevelopment will create a new Acute Care Tower in 2025, becoming the heartbeat of the hospital with many of its busiest departments.

They include an expanded emergency department, which is scheduled for the main floor of the new tower.

Total space will increase by more than half as the new ER grows to 75 state-of-the-art treatment bays. It will include the new Jack Gin Emergency & Trauma Imaging Centre, strategically placed within the ER to drastically speed up access to diagnostic procedures.

Care for expectant moms, newborns, and children will undergo a major transformation with expanded facilities for the pediatric, maternity, and neonatal intensive care programs.

A 60-bed Critical Care floor will increase our capacity to care for some of our most ill and critically injured patients.

And the new building will include space to increase total operating rooms to 19. 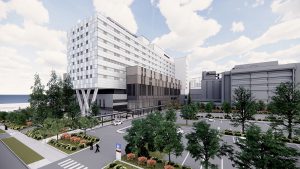 “It’s exciting to know that B.C.’s oldest hospital will continue to meet the needs of the community and provide the best care for some of the most seriously ill patients in B.C.,” says Eileen.

She and Carol have fond memories of their three years spent living and training to be nurses at Sherbrooke Centre in the 1970s.

If the young nurses had a male visitor, they would meet in the designated ‘beau room’. As attitudes changed, meetings occurred in the lounge, and later in the nurses’ individual rooms.

“If a boy was visiting, you yelled out ‘man on the floor’, the minute he stepped out of the elevator, just in case someone was darting from the washroom in their underwear,” says Eileen.

Although the Sherbrooke Centre has been torn down, Carol and Eileen are grateful for the life-long friendships formed there.

“We still have reunions with our graduating class of 1978, and we stay in touch. We went through some very intense times together, and those memories will be with us forever.”