Makayla Burry did not expect to hear her newborn son cry right away, and the sound brought her and her husband to tears. In late January 2021, Marcus came into the world, extremely premature: 24 weeks and four days and weighing just 755 grams. After being delivered by emergency C-section and letting out his first cry, Marcus was quickly put under the care of Royal Columbian Hospital’s Variety Neonatal Intensive Care Unit, where he would spend more than four months, surviving a number of complications before heading home.

“I was really sick the whole pregnancy,” recalls Makayla, who lives in Surrey. “I was in the hospital for a week because I just couldn’t keep anything down. They were just giving me IV nutrition and fluids.”

Halfway through her second trimester, Makayla required a cervical cerclage, a procedure meant to reinforce the cervix that is at risk of opening early. Later in the same trimester, her water broke.

“I was leaking fluid a little bit,” says Makayla. “Things didn’t seem right, and I started to have contractions.”

Makayla’s suspicions were confirmed during a check-up in Surrey. Royal Columbian Hospital was notified she was on her way.

“We didn’t expect him to give us a cry,” says Makayla about the surprise of hearing her baby right after he was delivered in late January 2021. “It was honestly amazing. To this day, it always makes me so happy to be able to hear that.”

While Makayla received follow-up care, Marcus was intubated and taken to the neonatal intensive care unit with dad in tow. For the next 132 days, the family’s world would revolve around the NICU, experiencing many ups and downs and developing a growing appreciation for the hospital’s neonatal team. 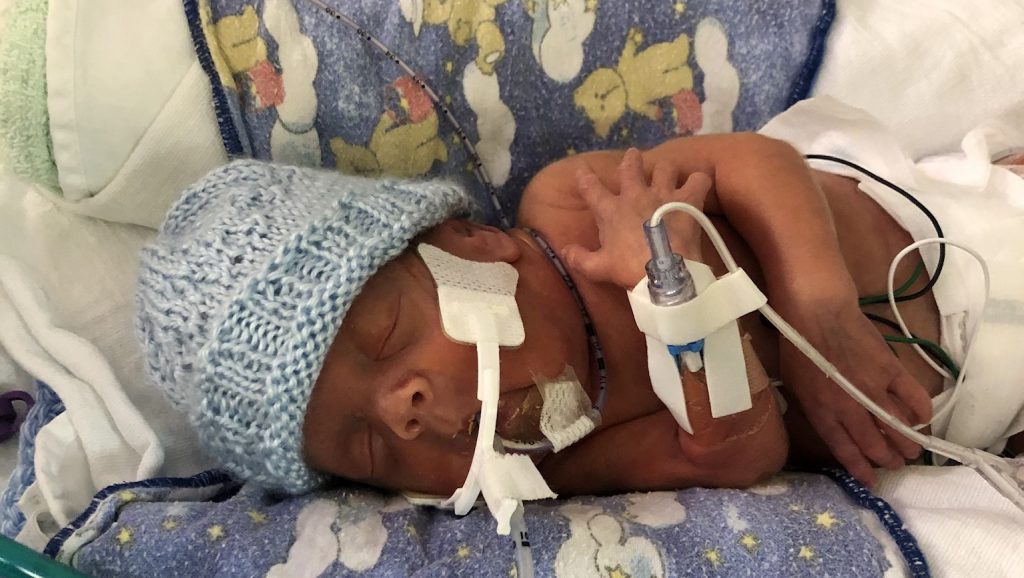 “Micro preemies account for less than two-percent of preterm births,” notes Royal Columbian neonatologist Dr. Mudaffer Al-Mudaffer. “They need really special care from highly trained professionals. We have to manage a number of issues together.”

During the first few days, Marcus required several blood transfusions and antibiotics. There was bleeding around the left side of his brain.

“We didn’t know if he was going to make it or not,” says Makayla.

Ten days into their stay, with Marcus still connected to a jet ventilator, Makayla was able to hold him for the first time.

“At first, it was so scary because there’s so many people that need to help you get him into the right place,” Makayla remembers. “Thankfully, the RTs (respiratory therapists) and the nurses were there to go through it with me. It made it a lot easier. It was amazing when I was actually sitting down with him.”

Marcus remained on a ventilator for the first few weeks after he was born. His first attempt at getting off the ventilator lasted a half hour. But two days later, he made the transition to a less invasive form of breathing support.

“I came into the NICU to the best surprise of seeing him off the ventilator and on CPAP,” says Makayla. “It was so amazing. I’m really glad they kept it as a surprise for me.”

Nine weeks after his birth, Marcus moved from an incubator to a crib and was big enough to wear clothes. Slowly, Marcus was getting stronger and needing fewer medical supports.

In May, Makayla’s grandfather passed away on Vancouver Island. By this point, she felt comfortable enough with the neonatal staff that she could go mourn his loss.

“They made everything so much easier and better to be able to leave my Marcus and go say goodbye to my grandfather,” she says. “The nurses sent pictures of Marcus every day.” 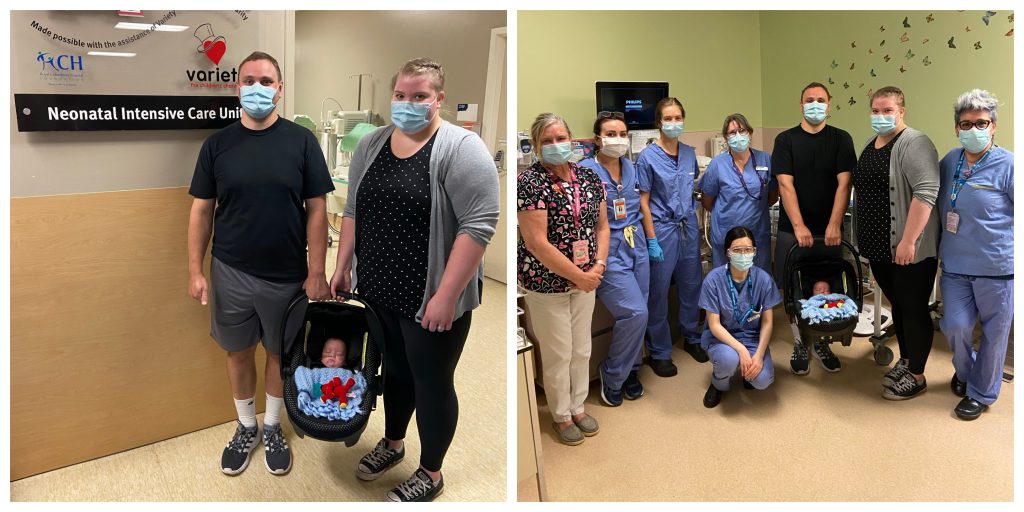 Ten days before the start of summer, Marcus was finally healthy enough to go home. And five months after that, Makayla says her son is doing great.

“He’s doing amazing,” she reports. “He has his G-tube (feeding tube), but he’s eating everything by mouth. Developmentally, he’s doing amazing. Everybody is so impressed with all his milestones.”

After their lengthy stay, Makayla feels close to the neonatal team. She also hopes her story will provide support to other parents who may be in a similar situation.

“Some days you feel like you’re going to be there forever, and it’s never going to end,” she says. “But, there is a light at the end of the tunnel. I think that was the hardest part for me. I hope sharing my story will help other parents see what the journey is about.”

Provide support for our NICU caregivers who help make a difference for our littlest patients like Marcus.