Ayzlin Ethier was having a typical pregnancy before she woke up at her Nanaimo home in early October 2018 to find some bleeding at 31 weeks. Within hours, she and her partner Kirkland Schurman had been transported by helicopter from Vancouver Island to Royal Columbian Hospital, where a detached placenta meant their baby boy would be delivered several weeks premature.

“Blood can be a very strong stimulant for labour,” Dr. Ubhi explains. “Usually, we would not try to stop the labour if there is an abruption, because it potentially leads to more bleeding into the uterus and can also affect the fetal heart rate. If somebody has an abruption, we try to get the baby ready for life on the outside.”

Obstetrical and neonatal teams took part in the delivery, which became even more distressing for the Nanaimo couple when the umbilical cord was found to be wrapped around the baby’s neck.

“They were trying to unravel it so they were flipping Ayzlin from one side to the other,” Kirkland recalls. “Every time they would have to do that, Ayzlin needed me to run to the other side so she could stare at me.”

Upon delivery, the medical team briefly had to perform CPR on the newborn. But despite a turbulent birth, Jace made a quick recovery. The newborn stayed in the hospital’s neonatal intensive care unit for just one week before being allowed to fly back to Nanaimo.

“He was so strong,” says Ayzlin. “He would shoot himself from one end of his incubator to the other end. The nurses were saying he was a feisty little baby.”

The couple are grateful for their care, which included funding through the Maternity/Infant/Child/Youth Emergency Response Fund to cover out-of-town costs including hotel and food. The financial support is provided by Variety – the Children’s Charity to support families from outside the Lower Mainland who need Royal Columbian Hospital’s help.

A year later, the family is doing well at home. 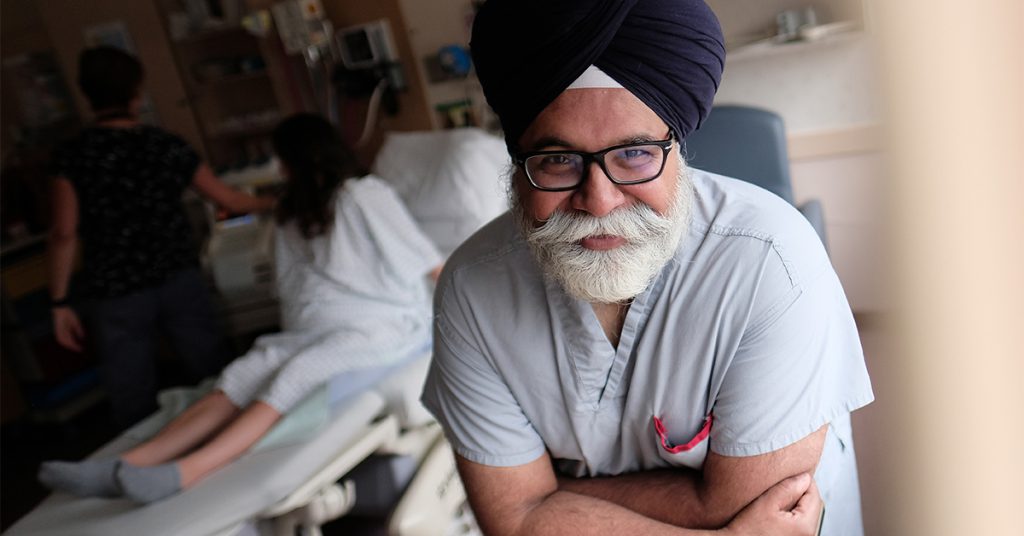 Make a difference for our littlest patients like Jace. Provide support for our obstetric & neonatal caregivers when the moment is critical.