When Nikkie Nolet became engaged, she set her wedding date far enough in the future to give her infant son time to learn to walk so he could perform ring bearer duties. But plans suddenly changed when her mother-in-law’s health took a serious turn for the worse. As Mary Nolet lay bedridden and on a ventilator at Royal Columbian Hospital, Nikkie and fiancé Marc made a decision – if they wanted Mary at the wedding, they would need to get married right away, in the hospital.

“My mother-in-law was very much a part of the wedding planning,” says Nikkie. “She really wanted to see her son get married. We were all very close.”

Mary had been coping with lung problems for a while, but now the effects of chronic obstructive pulmonary disease (COPD) were threatening her life. So the family approached the hospital to see if Nikkie and Marc could get married at the bedside.

“My idea was to have a witness for each of us and a justice of the peace, ask if we can have extra visitors in the room for half an hour, and then sign the papers,” says Nikkie.

The request made its way to Terry Welykholowa, the manager for both the hospital’s High Acuity Unit and Respiratory Therapy. As he learned about the family’s plight, Terry wondered whether he might be able to offer them an even better option than the bedside.

Located on the second floor of the hospital’s Columbia Tower, the Delesalle Sacred Space is open 24/7 to help fulfill the spiritual needs of all patients and staff. The beautiful space was created with generous support to Royal Columbian Hospital Foundation from the Delesalle family.

But in order to have the wedding there, patient safety had to be carefully considered.

“We needed to make sure we could support her ventilation, intravenous medications and other care that she required,” notes Terry. “But this was a very special day for the mom as well as the family, so there was no reason, in this case, that it couldn’t be done with some careful planning.”

With only days to plan, Nikkie posted an online request for help with her wedding needs. She was astounded by the response. “There were 200 comments, including a photographer for free, hair and make-up, a dress, everything.”

The hospital did what it could to create a special wedding atmosphere. Since a nurse and respiratory therapist would need to be near Mary to keep watch on her condition, Terry asked them to wear their best dress clothes for the occasion. While Mary was still hooked up to the medical equipment, they were able to hide it behind a partial wall to keep it out of sight during the ceremony. 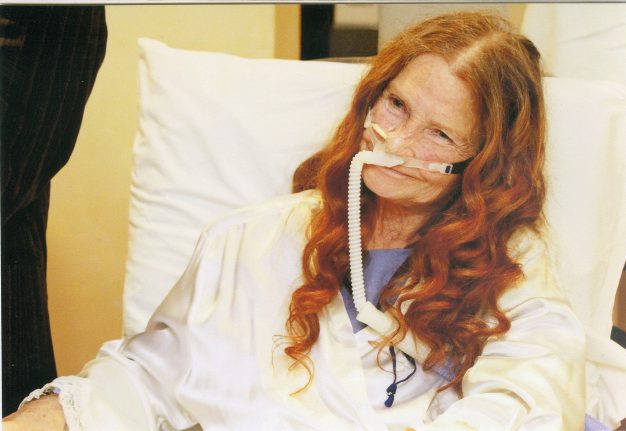 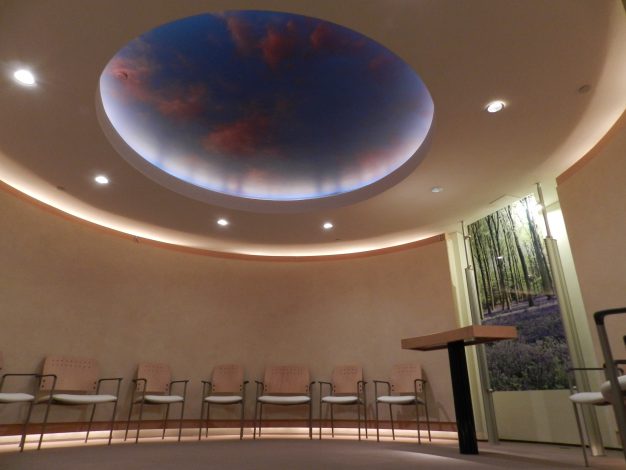 Left: Mary Nolet during the wedding at Royal Columbian Hospital. Right: Inside the Delesalle Sacred Space.

Nikkie says it was all incredible. “I never, ever thought it would turn out so well, and just be one of my best memories. It was a very nice gesture and a nice touch that they went that far for me.”

Terry says it’s a testament to his team. “They care about the patients,” he says. “It’s all about what we can do for this person.”

Nikkie says the ceremony did wonders for her mother-in-law’s condition. “Just before the wedding, my mother-in-law was pretty out of it,” she says. “She wasn’t eating. She had a feeding tube. She was just not responsive. After our wedding, she was sitting and eating. It was incredible.”

Mary’s health improved enough that she was able to return home and lived there for several months before she passed away. As she grieves the loss of her loved one, Nikkie is grateful her mother-and-law had the opportunity to witness their wedding.

“They showed great compassion and caring,” she says of the staff at Royal Columbian Hospital. “They are all angels.”