She is able to joke now that it was a sneeze, and not a push, that led to her daughter’s birth. But at the time, Nobue Yamaguchi Jones was stunned to have given birth at only 25 weeks pregnant. Equally shocking was just how small the newborn girl was: 380 grams, just over three quarters of a pound. Lillian Yamaguchi Jones had become the smallest baby Royal Columbian Hospital’s neonatal intensive care team ever had to support.

Lillian at age 2, playing with her parents.

“On Saturday morning, I had a little spotting,” explains Nobue about what led her to go to Royal Columbian Hospital in late March 2015. “It was very minor, but I never had that spotting before, so I just wanted to go and get checked.”

To Nobue’s surprise, the doctor who examined her found the mother-to-be was dilating. The contractions started soon after.

“After that, the doctor admitted me to bed rest,” says Nobue.

Having undergone in vitro fertilisation, the Coquitlam resident and nurse had been attuned to the potential complications of a pregnancy. But this was all happening so fast. Three hours after her arrival to the hospital, Nobue was now hoping to delay the delivery as long as possible.

Her situation, however, was about to become much more urgent. Just before midnight, Nobue left the bed to go to the bathroom. That’s when she sneezed.

“She basically poked out,’ says Nobue. “The water didn’t break. But something dropped. The doctor came and said it’s the sac. And one of Lillian’s hands was out.”

As the medical team made plans for an emergency C-section, Nobue and her husband Ennis tried to remain calm. Nobue vividly remembers one doctor taking her by the hand to tell her she was doing great. That’s when all her emotions came to the surface.

“I just burst into tears,” she recalls. 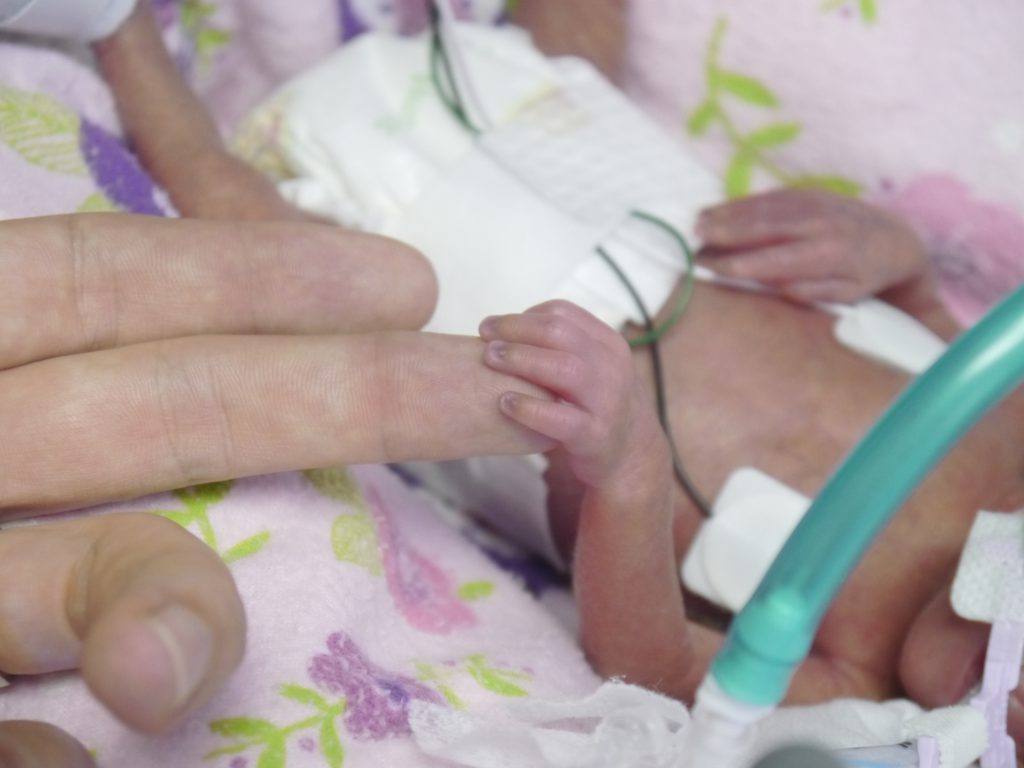 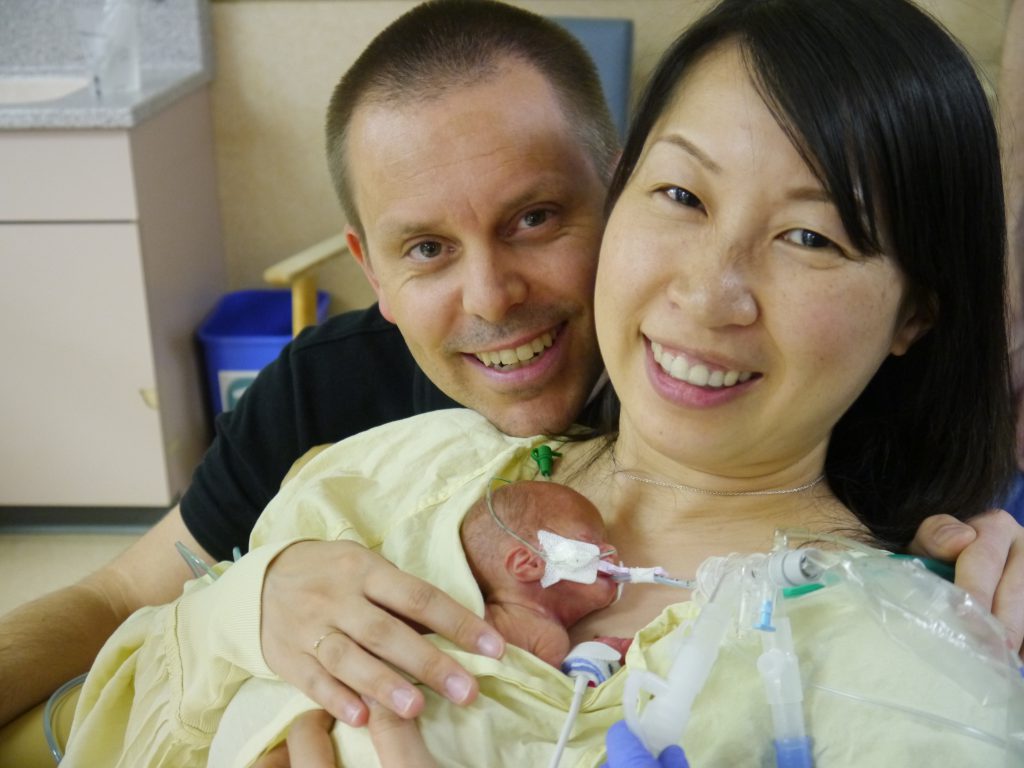 The neonatal intensive care team quickly took over care of Lillian after she was born.

“There’s a lot of physiology happening,” notes neonatologist Dr. Vinod Kesavan. “There is the heart, the lungs, the brain. The most important part is to try and maintain the perfusion, oxygen, nutrition, everything which is right and see how the child progresses.”

“She was in the most high-end incubator I had ever seen, recalls Nobue. “Her incubator, inside, was just so steamed up because she needed such a high humidity.”

Lillian’s size was stunning. “She was diagnosed with IUGR – intrauterine growth restriction,” says Nobue. “The placenta was about 50% of a normal one. So she was basically about half the size of a typical baby.”

Lillian spent the next 156 days under the care of the neonatal intensive care unit, which is one of four in the province prepared to care for extremely premature babies. Gradually, Lillian became stronger and healthier.

“Being able to do a little bit more than the day before, it gave us hope and happiness,” says Nobue.

“When we do rounds, we’re making sure the weight is going up,” explains Dr. Kesavan, who credits the multidisciplinary team’s passion for the neonatal intensive care unit’s successes. “We’re trying to see whether we can turn down all the support systems. The child should be able to feed on its own and should not have any apnea or bradycardia for at least seven days. Then they are able to go home.”

Nobue has high praise for the care given to the entire family.

“Every child is different, and this is normal for us,” Nobue says. “I’m just enjoying how she is doing and how happy she is.”

Make a difference for littlest patients like Lillian. Provide support for our high-risk maternity & NICU teams when the moment is critical.